At Hicks Capital, we realize that the people on our team are the heart of our firm. We have established a thorough hiring process to find people of great character. Character is not something that we can teach or train.  It comes from within and we believe it is the heart of each member of the team. 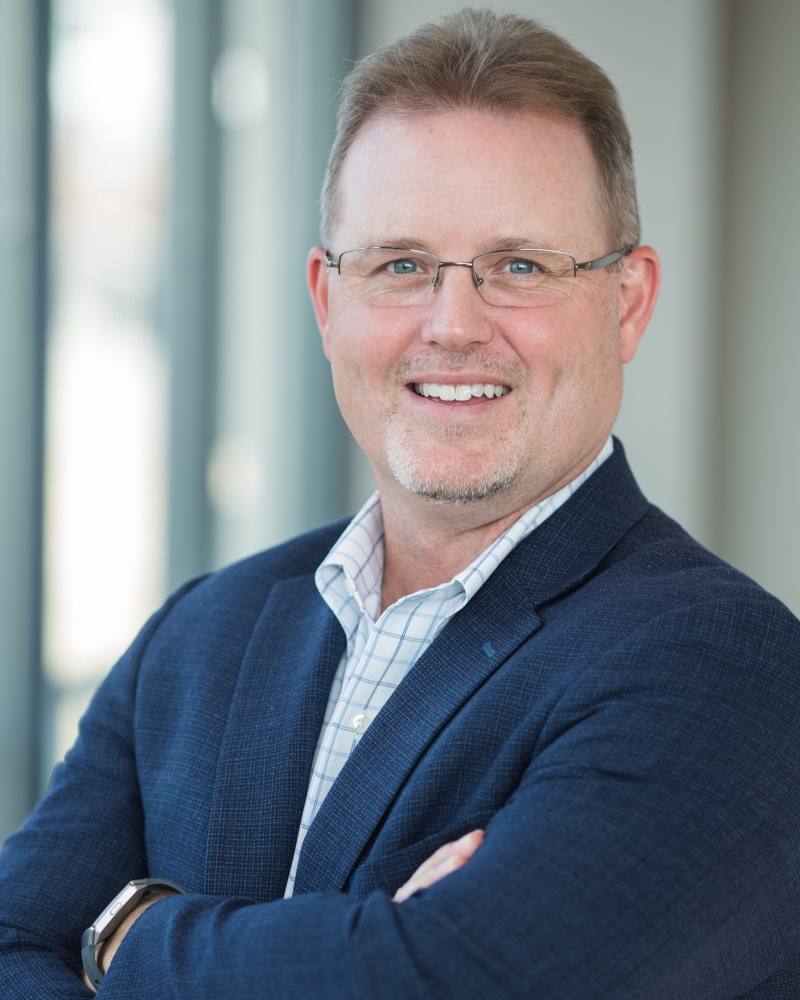 
T.D. has been fascinated by the investment world since the age of seven, when his father explained compound interest while waiting in line at their local bank’s drive-through.  T.D. went to college with $200 and a handshake.   While his family gave him all the love and support in the world, it was up to him to figure out the finances.  The introduction to compound interest at an early age and responsibility to support himself financially throughout college drove many of T.D.’s passions in his professional career.

After earning degrees in both finance and accountancy at Wright State University, he began his career as a Tax Consultant in the Private Client Group for Arthur Andersen LLP in Cincinnati and Columbus, Ohio.  He consulted with high net worth clients and family-owned businesses on federal and state income tax issues, estate and gift tax planning, trust planning, and financial planning strategies.

In 2000, he accepted an opportunity to work for Smith Barney as a Financial Advisor in Columbus, where he provided comprehensive wealth strategies to retirees, high net worth individuals, and family-owned businesses. He was promoted to Second Vice President in 2006 and Vice President – Wealth Management in 2008.

T.D. came to realize that there was a better way to work with clients than at a big Wall Street firm. He founded Hicks Capital Management in 2011 to serve clients as a fiduciary, putting their interests first, which meant no more conflicts of interest, no more hidden fees or commissions, no more “sales” meetings, and no more constraints on how he could serve clients. He chose to dedicate himself – and his firm – to creating true partnerships with clients based on transparency, accountability and collaboration.

A dedicated member of his church, he has served on its board and various committees. In addition to coaching youth sports, he enjoys kayaking, boating, saltwater fishing and – most of all - spending time with his family.

Perspective on work:  Do what you love and you never work another day in your life.

Favorite quotes: “When you come to a fork in the road, take it.”   Yogi Berra

“Nothing in this world can take the place of persistence. Talent will not: nothing is more common than unsuccessful men with talent. Genius will not: unrewarded genius is almost a proverb. Education will not: the world is full of educated derelicts. Persistence and determination alone are omnipotent.”  Calvin Coolidge

Something most people wouldn’t know

T.D. was a 4-year college letterman on the Wright State University baseball team, set several school records as a senior and was team MVP.  He’s still a baseball fanatic and has been a youth baseball coach for more than 15 years. 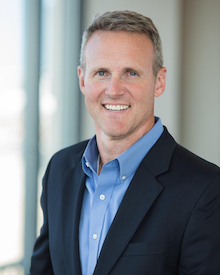 
“Take care of your clients and everything else will take care of itself.” Jason received that advice more than 20 years ago from a mentor when he began his career in the investment management industry and he still follows it today.

With his BA in business administration from Mt. Vernon Nazarene University in 1994, Jason joined Smith Barney in Columbus, Ohio and spent 17 years as a Private Client Advisor. After the credit crisis in ’08, Jason could see that the major firms were moving from a client-first focus and shifting to a shareholder-first environment. Continually hearing “fair but not equal” when leadership explained the firm’s client engagement models, he knew it was time to make the jump to independence. In 2013, Jason joined former colleague T.D. Hicks at the registered investment advisory firm that he started two years earlier.

When not in the office, Jason is usually involved with his boys’ sports teams. He has coached multiple youth baseball teams and serves as President of the Football Families Group at his sons’ high school.  An outdoor enthusiast since he was old enough to tag along with his dad, Jason is active in Ducks Unlimited, a wetland/grassland conservation organization. He loves being outdoors playing ball, hunting, hiking, mountain biking and doing just about anything with wife Vicki and sons Grant and Jackson.

Perspective on your work: I have always been driven to be my own boss and can’t imagine going back to a large Wall Street firm. It is just refreshing to be on the same side as the client at all times and advising them on how to reach their financial goals. I wake up every day thankful for the opportunity to work with such wonderful clients.

Favorite travel: The Western United States. Growing up in the Midwest you get used to the same terrain and the change of seasons…and honestly, you grudgingly get used to the cloudy days from October to May. I love to travel out West where everything is so expansive. Put me in a western town with mountains and sunshine and I am truly content.

Favorite books and movies: I really don’t read a lot to wind down…I would rather be outdoors spending time with my family and friends.   With that said, I do keep a pulse on what is being read in the business world and I enjoy keeping up with current events.

Movies:  The Classics!  The Natural, Bull Durham, The Star Wars Collection…then whatever is playing on the app when I’m on a plane!

Something most people wouldn’t know about you: I really struggle with just sitting around. I always feel like I could be doing more. Also, I really don’t like wearing suits and jackets. Fortunately, I have wonderful team members that suffer through my casual and very comfortable office attire.

Anything else you love:  My family. We have our best times when it is just Vicki, Jackson, Grant and me. We have nicknamed ourselves the “Moore 4.” 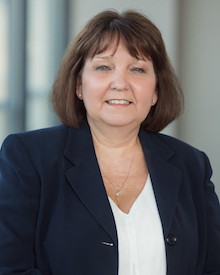 
Linda’s first and greatest career influence was her mother who worked in the banking Industry.  She taught Linda at an early age that, “If you learn how to manage your finances, you will always be able to take care of your family.”

Following in her mom’s footsteps, Linda has spent her entire career – more than 25 years – working in financial services.   She began as a supervisor at Bank One in Columbus, Ohio.  During that time, there were five major banks headquartered in Columbus.  Linda learned that a client-first attitude is truly the only differentiator in the very crowded banking and investment industries.

Linda was recruited by Smith Barney Citigroup in 1995 to work with a large investment team.  Early on at the firm, she was influenced by several mentors who encouraged her to continue to grow and never stop developing her skills to their fullest.  By 1999, she began being promoted into a variety of management positions, including, Branch Administrator, Operations Manager, Complex Risk Officer and Complex Service Manager. In 2001, she achieved the designation of Vice President.

In 2009 after the merger of Smith Barney and Morgan Stanley, Linda was promoted to Operations and Compliance Manager for the entire state of Ohio at the new firm.  After three years in the role, she became increasingly removed from any type of client facing interaction.  At the same time, T.D. Hicks reached out with the opportunity to join Hicks Capital in Compliance and Operations Management and return to the client interaction that she had so enjoyed early in her career.

When not working, Linda loves spending time with her family – her husband, three children and four grandchildren. She also enjoys serving others through her church and in the community.

Over the years, she has been involved with Special Olympics, Habitat for Humanity, Susan G. Komen Race for the Cure, the Mid-Ohio Food Bank, and mission work on the West Coast of Mexico through her church.

Favorite sport: Ohio State Football!  I never miss watching the games and cheering on the Buckeyes!

Favorite travel: I enjoy visiting the Gulf Coast of Florida, especially, Sanibel Island.  I love the ocean, the sun, the beach, the dolphins, and most of all…the peacefulness.

Favorite books and movies:  Reading the Bible is a focus in my life.  I have always loved the movie The Wizard of Oz.  It’s the first movie I can remember watching where a little girl can make a positive impact and change the world!

Favorite quote:  “The best way to predict the future is to create it.” - Abraham Lincoln

Something most people wouldn’t know about you: I am a breast cancer survivor. 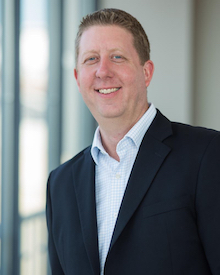 
David joined the Hicks Capital Team in the summer of 2014 after a distinguished aviation career that began upon his graduation from Embry Riddle Aeronautical University.  Immediately after graduation, David became a full time instructor at Embry Riddle and then joined United Airlines as a pilot in 2001.  Working 30,000 feet above the ground where it is blue skies and sunshine everyday was a dream come true for David, but one that pulled him away from his family more than he was willing to accept.  Realizing that he could satisfy his love for flying through private aviation, he transitioned to a second career in the Financial Services industry in 2005.

Between 2005-2011, Dave held various roles with a large successful team at Morgan Stanley, Smith Barney, and UBS.  While working as a Financial Advisor at Smith Barney, he met T.D. and Jason.  When T.D. reached out in 2014 with a role at the firm, David eagerly joined the team.

So much of what allowed David to excel in his aviation career transitions into his daily work at HCM.  His detail oriented background transitions easily into the portfolio analysis and investment management that he is responsible for.  Just as when he was keeping commercial airline passengers safe and on the correct path to their destination, he loves being part of a team that positively impacts clients’ lives by keeping their financial plans on course.

Favorite travel: The Caribbean because I love the clear blue water, sun and sand

Favorite book: Sully: My Search for What Really Matters

Favorite quote: "The greatest glory in living lies not in never falling, but in rising every time we fall." -Nelson Mandela

What gets you excited: Spending time with my wife Rachel and our children Madelyn and Gavin.  Then, anything airplanes and aviation in general.

Something unique: Dave and his family love spending time on freshwater lakes in Ohio and Michigan during the summer months.